Its Just the Love ....the Desire ... the Passion to discover in a word .... reveal in experience ...the hidden Adventures .... the beauty of new places around the world .... resorts & hotels textures .... the after all Joy .....made me a traveler... However ...when I'm home I blog about what intrests me as a Traveler 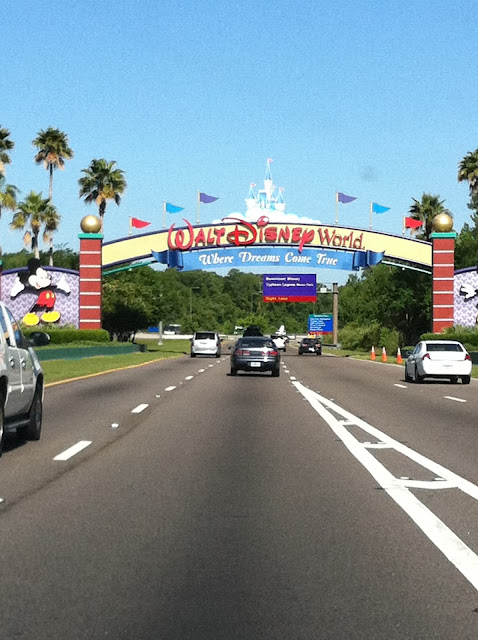 Walt Disney World I LOVE YOU !  I was there far far away in Orlando Florida last month spending my day from the morning until the night at the place where dreams comes true and from what I've seen and felt there I think its also where dreams can be made !
Staying in Orlando for only 12 days made it really hard for me to decide where to go  at that disney world ! as my readers know I always want it all :P but this time I had to choose from that big Walt Disney World :
﻿
1- Magic Kingdom Park
2-Epcot
3-Disney's Animal Kingdom Park
4-Disney's Hollywood Studios
5-Disney's Typhoon Lagoon
6-Disney's Blizzard's Beach

Imagine those 6 parks located in one wide big area surrounded by resorts and hotels ! its like heaven not only for little ones but fo me to ! I might be for you to ! I had no time to go to many parks because all I had is one day free so the first one is the magic Kingdom its the original disney its like Disney Land California in some ways so let's say I've been to California's last summer. The Third one I wanted to go to for the animals since I love them and also because my sister was there years ago and enjoyed the african dance :P the third one the studios I knew I would have enjoyed it but I wanted something more ! Disney Typhoon and Blizzard parks no way :P mali khlq teberbes elyahaaal bl may :P those are water parks so that leaves us what ? Epcot !!!! 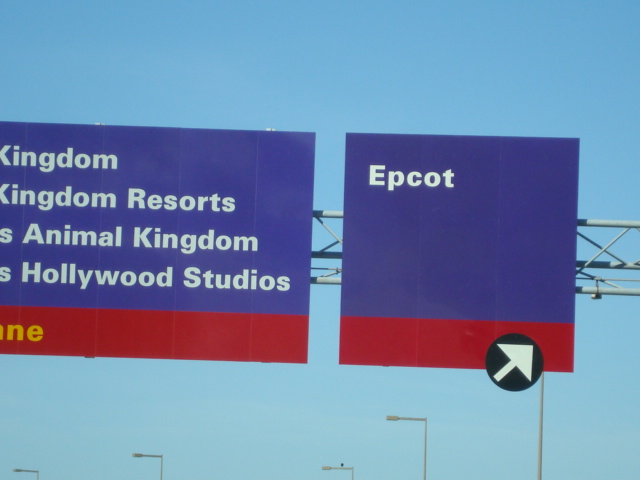 Last time I was in Epcot I was 5 years old ! back in the 80's ;) so I was really excited to step foot in that place again although I remember nothing :P

Epcot is Disney's attractions and entertainment dedicated to technological innovation and the culture and cuisine of 11 nations! Lovely huh ! so other than technology you are going to enjoy moving from nation to nation all at one place ! Epcot is divided into Future World and Showcase World . 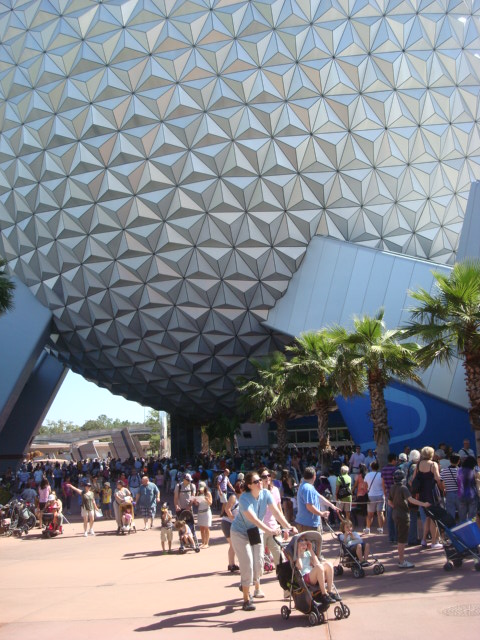 Let's see what was my rides and attractions at both sections:

1- Mission Space : Travel 8,000 miles on a journey that turns you into an astronaut on a realistic space flight to Mars ! HL RIDE MO 9ECH !! its one of the best ! you can choose ofcourse I went with green zone its the easiest :P shasawi it was my first time :P a ride for 4 persons in a shuttle to space ! Wallah jena 9ech !! you will be amazed how it was just real !! each of you will be responsible of something ! engineer, commander, captain and something I forgot what lol :P and once your in space you will get instructions from the base down in earth :D its a team work ! follow the instruction or you will hit something in space ! you will really really really love this ride ! mama didn't do great in the mission LOOL :P 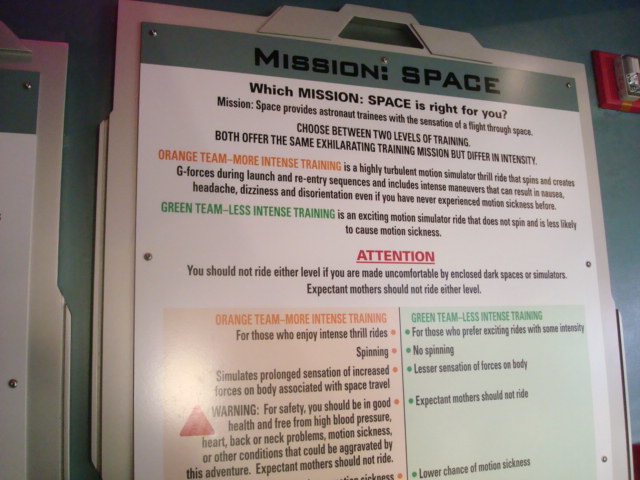 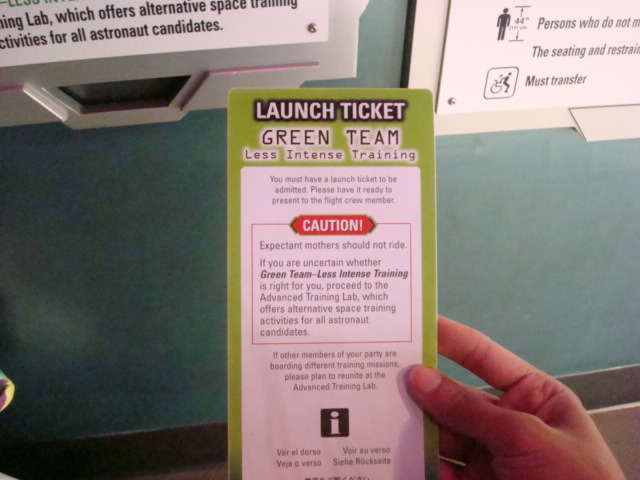 2- Soarin : this ride is not to miss too ! fly over the beauty of California ! fields of flowers !! feel the wind of oceans !! just don't miss it ! its my mama's favourite ! 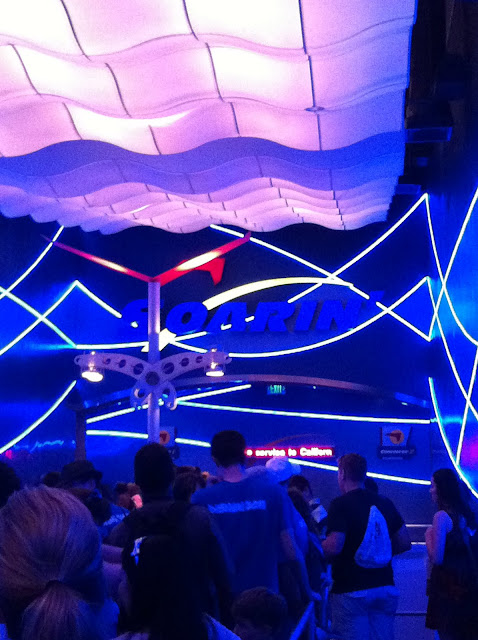 3- Spaceship Earth Pavilion : all I know about this ride is that I went to my future and saw my future with my own eyes :P The future I want was there ! during the ride there in the screen you inter some of your personal information including where are you from, what you wana be ;)  ofcourse  I want to be a traveler forever and always lol ..... and guess what your pic will be displayed in a funny way all around big screens :P you will just love it and moreover your future video will be sent to you for free ! 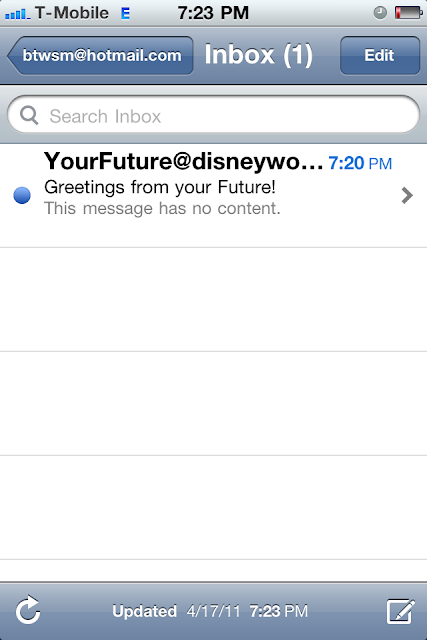 4- Living with the Land : all I can say it was a well set educational ride ! you wil love it and so as children ;) 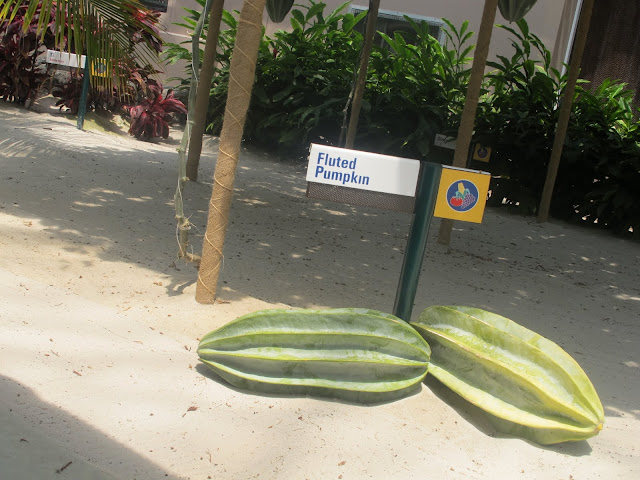 # Showcase World: presents the culture and cuisine of these 11 countries: Mexico, Norway, China, Germany, Italy ,United States, Japan, Morocco, France, United Kingdom, Canada all pavillions wrap around a lagoon ;) and you can move from one to one either by talking a walk or a ferry :) each pavillion has its shops, attractions and restaurants. Ofcourse my FAV is Mexico ! Let me take you on a short journey to these countries ! what I really loved that some disney charecters were attached to countries ;) 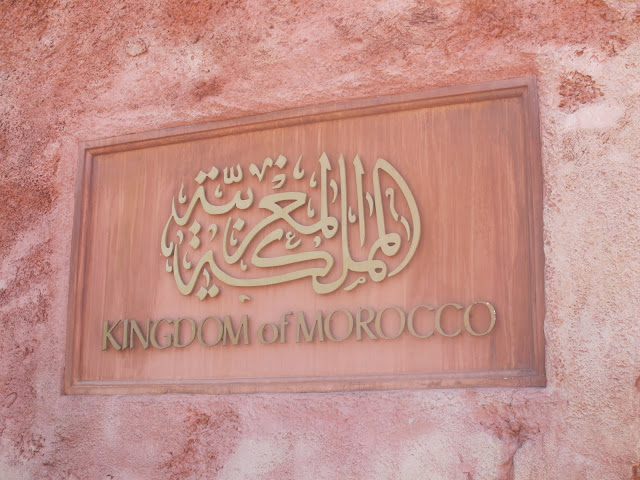 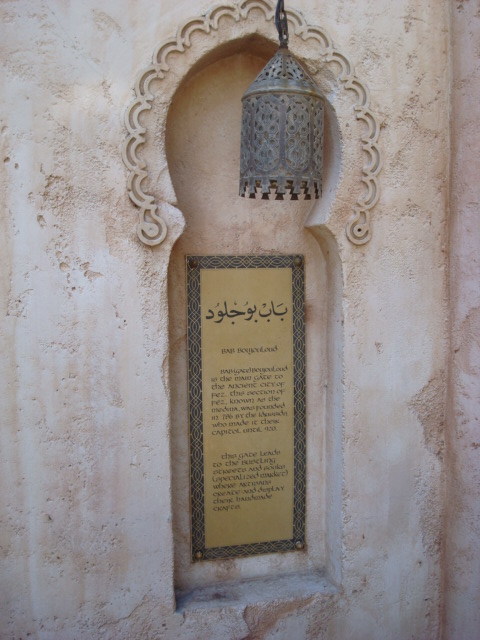 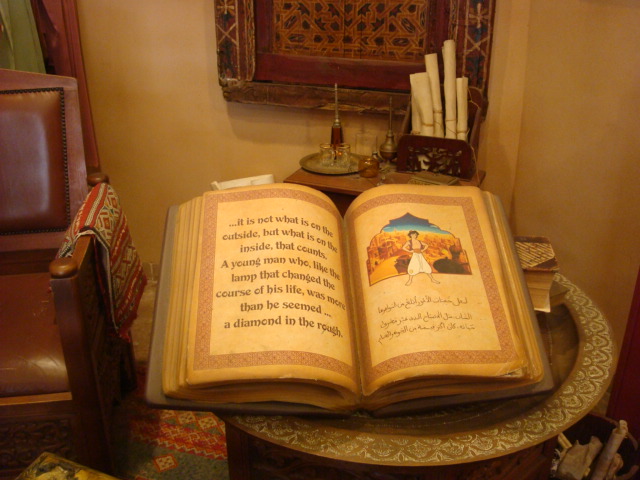 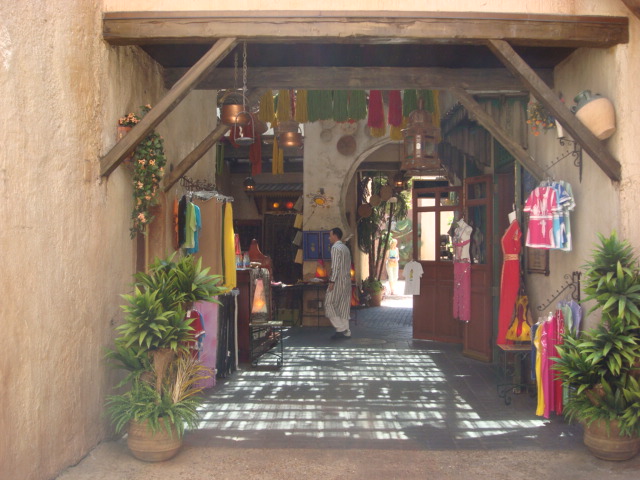 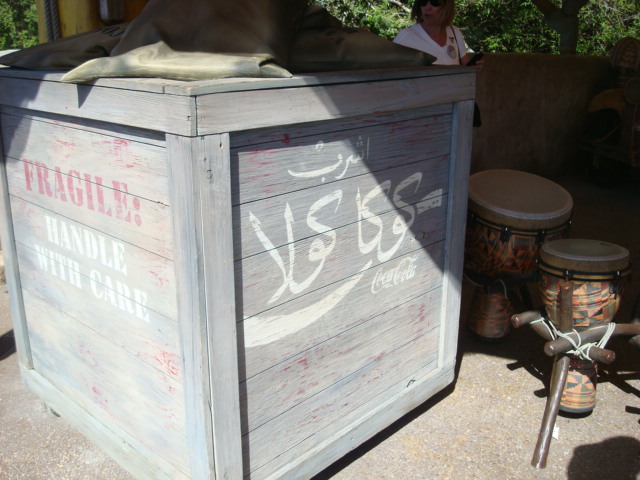 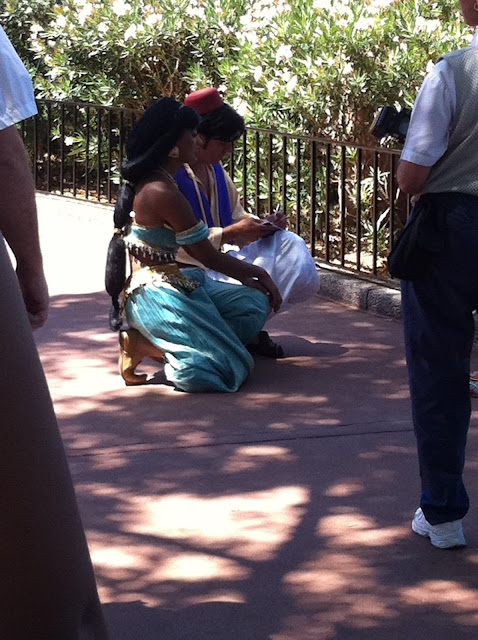 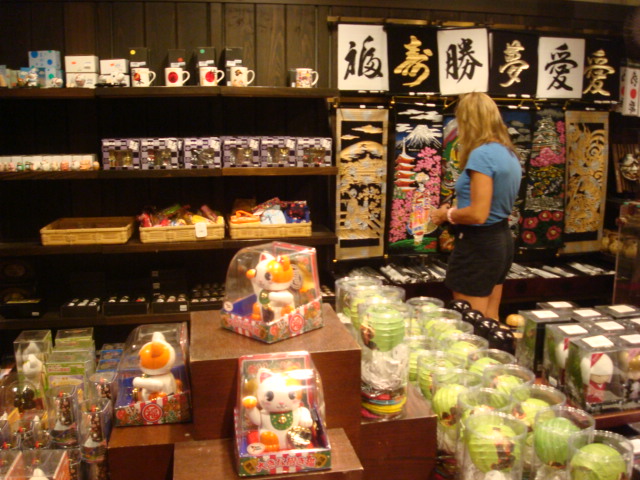 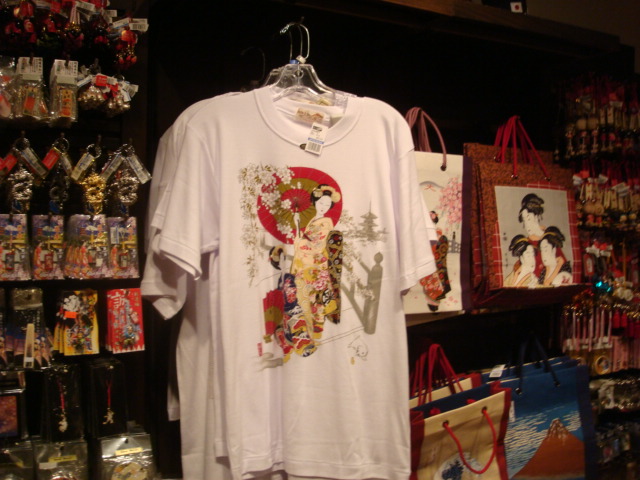 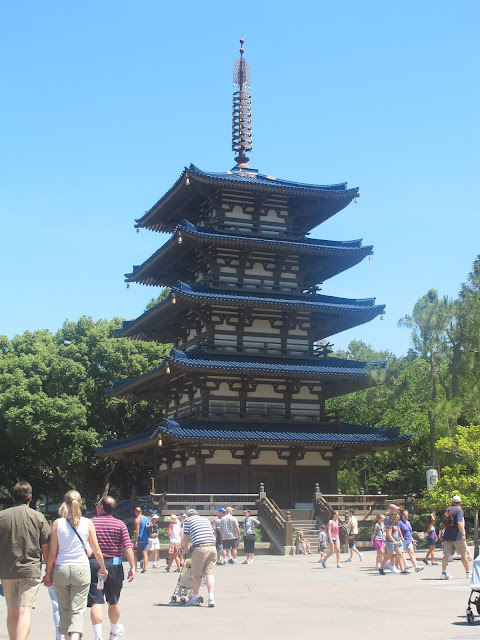 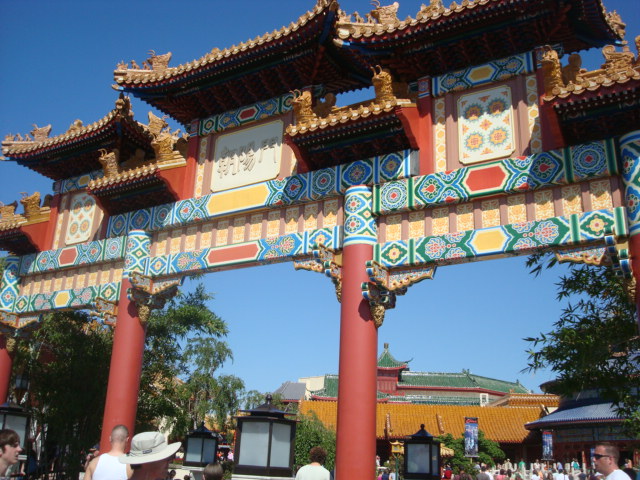 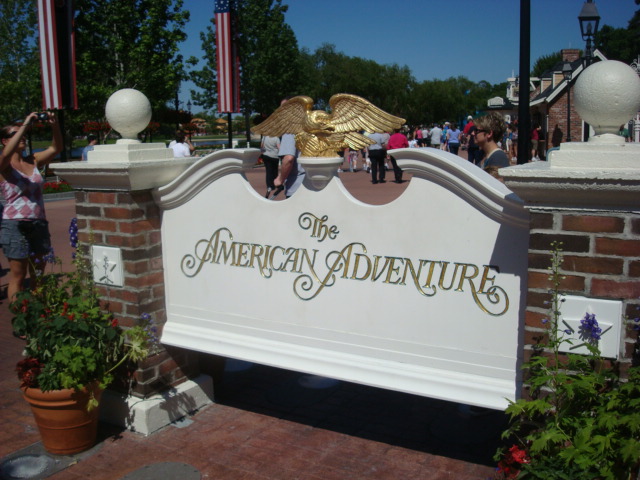 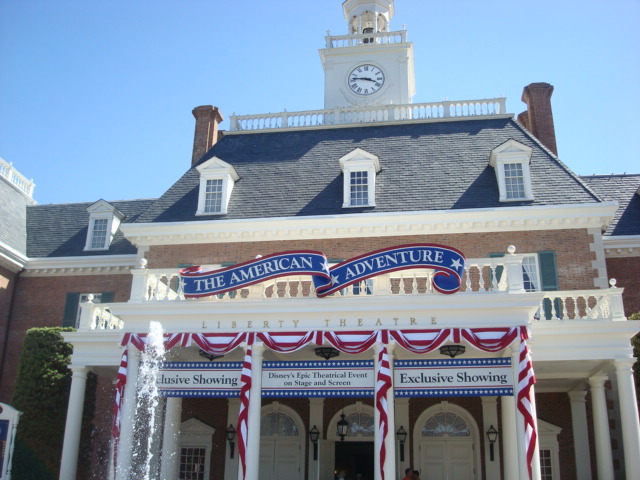 At Epcot's they don't have express tickets or fast pass that you skip the lines I mean you pay more for your ticket and skip the line. so its gonna be long lines sometimes outdoor and sometimes indoor ! remember Florida's sun is gonna be there too :/ They have this fast pass machine that gives you a specific time to come back to the ride again and only wait for 5 minutes and your in . but I don't think its practical at all ! I mean its gonna be hard to go over that park again and again to catch rides at certain times.
Posted by AMA Traveler at 10:09 AM


at this time I will share articles about health hopefully can be useful for everyone.

Thanks for sharing the information

the article is very petrifying, hopefully it can be useful and an important lesson.

AMA Traveler
a dreamer, loves freedom,adventure & joy ... I appreciate, adore,Love, give but get a little..my trips start from Kuwait with no Limits