Its Just the Love ....the Desire ... the Passion to discover in a word .... reveal in experience ...the hidden Adventures .... the beauty of new places around the world .... resorts & hotels textures .... the after all Joy .....made me a traveler... However ...when I'm home I blog about what intrests me as a Traveler

My Trip to Florida 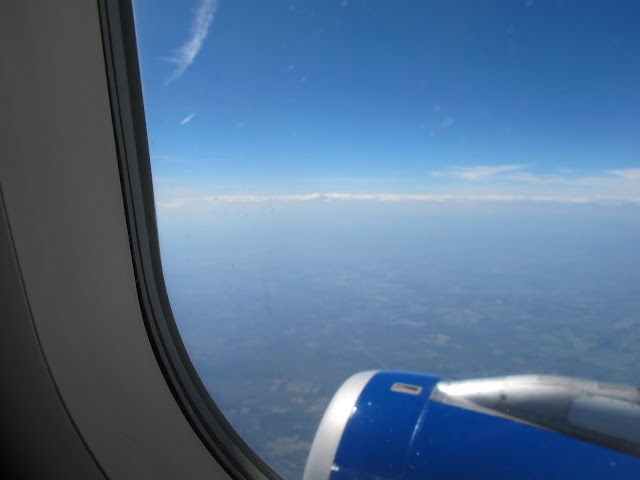 United we Fly ! for the first time I fly with United and yes I would definitely do it again well based on my experience ..it was a long journey from kuwait to Orlando,FL  connecting in Washington DC (Dulles Int. Airport).

I always loved night flights so I can arrive at my destination on a brand new day I mean like arrive in Mornings after a good sleep on the Plane. We were supposed to depart at 11:40PM but guess what! we didn't ! so I was like no matter what happened I'm staying on the plane ! because for a moment, since I believe in signs I thought I'm not going to the states etha hathi awalha lol ! one time they say its fuel problem !which is totally not resonable ! the other they said air conditioning Problem! and that's all I went to sleep yep cuz I was up all day and so tired so when I opened my eyes we were up in the air ! on the way to the beautiful Florida ... I asked my mama so what happened ? she told me we departured at 2:15am ! yeah whatever if I'm on the way to the states so whatever lol. 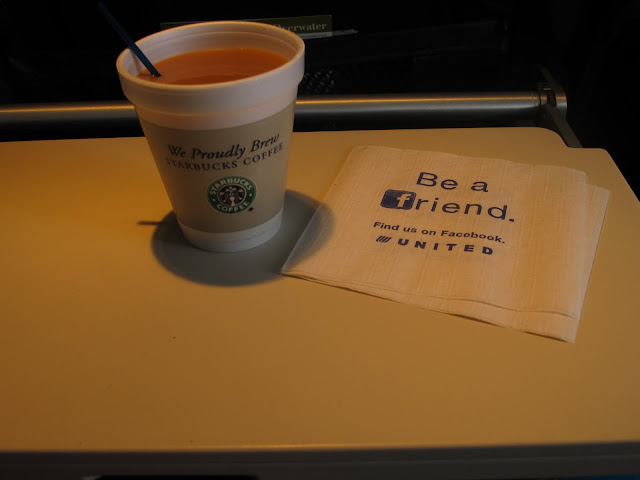 
The  surprise that once we arrived at Dulles airport we had to collect are luggages and check them in again well that was a surprise but the big surprise was that the plane was there still there but the door is closed so we were not allowed to board the plane ! since our flight from  Kuwait was delayed and it was their fault,  we were automatically trasfered to the next flight availabe !

stuck in DC's airport hmm seeing our luggages board the plane and us staying another hmm . 4 hours in the airport to the next flight big HMMM from my sister. for me I didn't care as long as I was on  the american soil by that moment ! here goes my tour at Dulles Washington DC airport 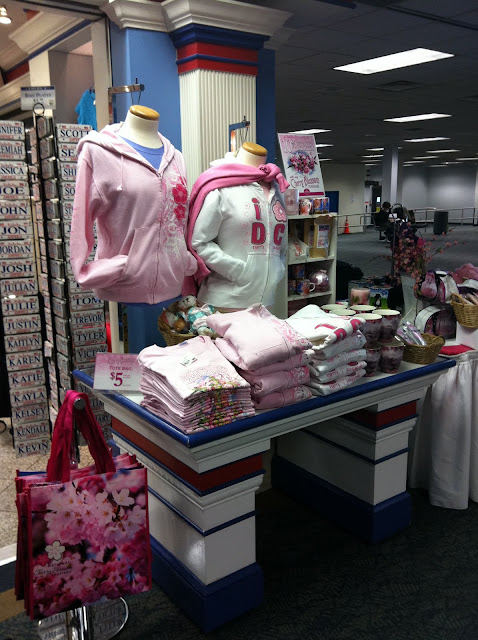 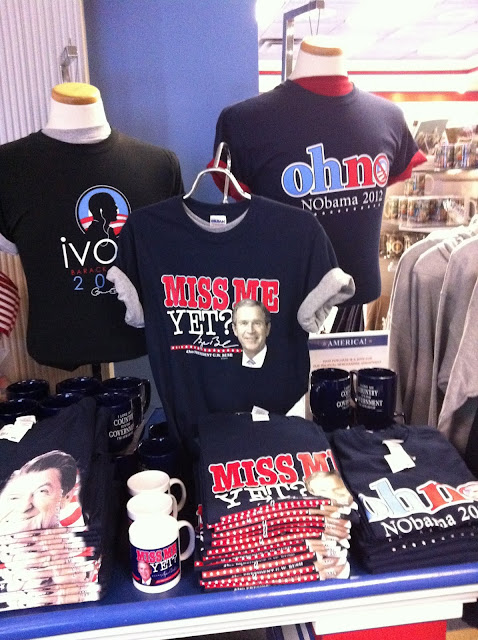 The beautiful surprise that painted the big smile on my face with all my braces out :P  we got upgraded to Economy plus from Washington to Orlando ! wla arwa3 ! 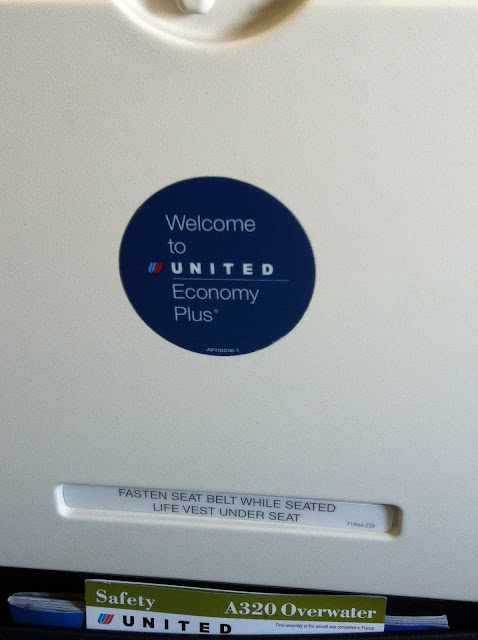 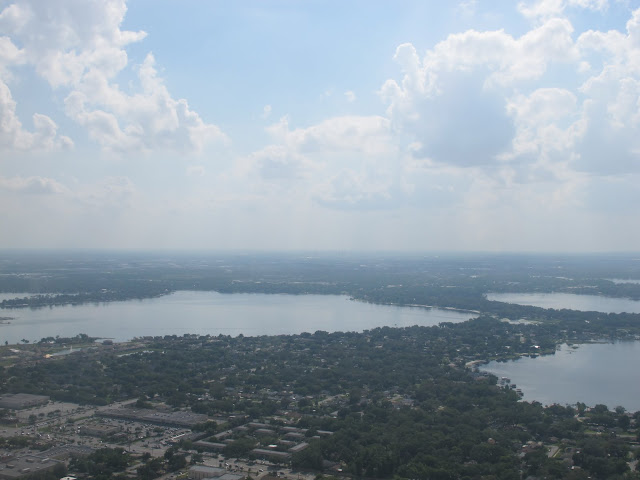 Arriving Orlando .....our luggages were watting for us ;) one thing to mention ! I always get a rental car from Avis but Avis office at Orlando's airport weren't flexible at all ! so I will say to them Learn from your friends at LAX please :) 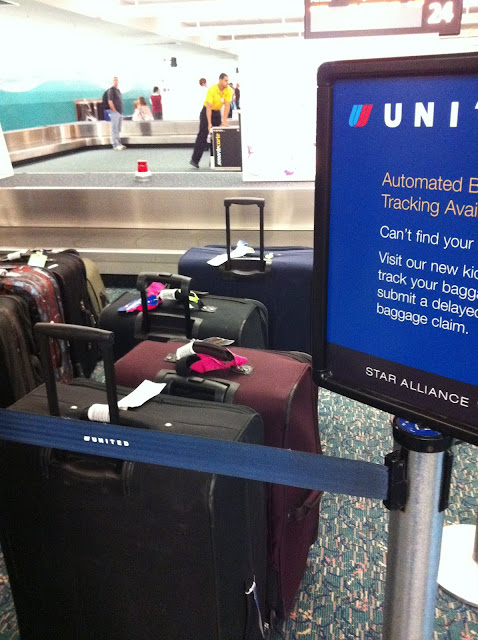 I'm Proud to mention that the whole trip was made up online I mean like all the reservations from A to Z and it was my first time and successful el7mdella :D
Airlines tickets on Unitedthrought: Expedia.com got them for a really good deal :) One more thing worth to say that all of you should know that my trip was supposed to be to Banyan Tree Resort Phuket, Thailand but due to Radiation Crisis u know from Japan lol my family got scared :P ya yboon thak el9oob kelishh !
I cancelled with Emirated Airlines and shame on them still they didn't give us our money back ! but who cares ! I went to the states :P( mabi akhrb moodi now cuz soon or later they are going to return it).
I love planning my trips but I'm always flexible when it comes to surprises specially If I found out that I'm heading to a better destination ;)
Coming Up where did I stay in Orlando
I LOVE USA :*
Posted by AMA Traveler at 12:36 PM

Expat and the City said...

You really are so adorable. I'm glad you enjoyed your trip to Florida. We have several homes in FL. You were very close to my house and my parents. :)

Expat and the city: Thanx dear :* I really did enjoy it got the best of it thank God ;) Loved Florida but California will be always something different to me ;)

giggles: off 7daa a9lan madri shesaalfa 7ta movie ma sheft knt bs abi anam o anam 3shan lma no9al its gonna be 8 in the morning fa I wanted to sleep to start a new fresh day there :) Love how pics bring you back memories specially the ones that are not yours :)

UGG Australia has produced some unique and fun types in boots for
females - Classic Stripe UGG Boots really are a perfect illustration on this.
The artist material moisture from feet, ensure that it stays
cold and dry. So you can find that shoes, clothes,
even bags for children has be exquisite than before.

Emu Boots sale approximately 50%, and if you pay for 2 couples of uk
uggs, many surplus treats will probably be offered.
People of the class and level can easily get these because their cost is of every range.
What the majority are finding are imitation, fake UGG Boots.

AMA Traveler
a dreamer, loves freedom,adventure & joy ... I appreciate, adore,Love, give but get a little..my trips start from Kuwait with no Limits